Yesterday at 3:10 pm by Gaius Cassius

Yesterday at 2:29 pm by dadiepiombo

» Books on Amazon - the links

Having been through the book now, I have a small lists of points that may or may not require errata

5.6 Later Etruscan - Gallic allied skirmishers S are listed with no weapon note (could be sling, javelin or shortbow but having nothing seems unusual)

6.6 MR Roman - Numidian CL upgrade takes away the javelin, seems unlikely as it doesn't in any of the other lists where the upgrade is available

If that is it then well done Lorenzo!

Thank you Zippee. I will see every single case and elaborate a document with errata where required.

Thanks Lorenzo,
all-in-all not much to report, so very well done.

If I note anything else I'll post it here (others should too).

hello Lorenzo, using warbook 1 for a Antigonus v Early Selucid 600pt set to. Noticed that Antigonus list 4.11 has Persian and Cretan archers (S) units armed with comp bow B should this be short bow B for 11 & 13 points respectively as per other armies? Regards Eric

6.17 Later Republican Rome, 'Eastern Foot Archers', T, Short bow B? Most T units get Short bow A. They could possibly be downgraded to VBU 3.

@Aurelius. They should have Short Bow A at 16 pts

@ejc
That's is wanted. So this troops (very fragile) is cheap enough

ejc wrote:hello Lorenzo, using warbook 1 for a Antigonus v Early Selucid 600pt set to. Noticed that Antigonus list 4.11 has Persian and Cretan archers (S) units armed with comp bow B should this be short bow B for 11 & 13 points respectively as per other armies? Regards Eric

Hello Lorenzo, think you may have overlooked above query I posted. Reminding you in case its a typo to add to your list. Regards Eric

Not really an erratum as such.
Why can't the Civilians in the 6.2 Gauls list make Large Units? Given they are mobs and reasonably without form, it seems reasonable to me. Or is it assumed that these are always behind fortifications? 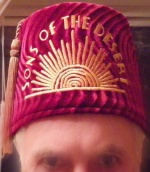 well, to make LU it is supposed that troops can give some kind of support. Usually hordes cannot make LU in Impetus.