7.6.1
It is unclear what happens if a unit cannot retreat its full distance because of Impassible Terrain, Table Edge, Enemy Unit etc.

Does it go back as far as it can and then stop or is it routed?

Rules 7.6.1 says that a unit which cannot ‘even start its retreat’ is routed. By implication, a unit which can start it’s retreat isn’t automatically routed. So I believe a unit which cannot complete it’s full retreat distance stops when it reaches the obstruction (enemy unit, impassible etc.). What happens next depends on whether there is a successful pursuit, as the unit can’t retreat further if there is another combat

We had this when a retreating unit ‘backed’ into a unit of S. In BI2, the S are not dispersed, so the retreat stopped. If the victorious unit successfully pursued, there would be another melee with the S as support. If the pursuit failed, the S would be the main unit. In either case, if the unit which retreated got beaten again, it would rout.

This situation arose in a game I played today. The blocking unit was skirmishers that were engaged in combat. It seemed a bit severe to eliminate the large unit and we settled to push the skirmishers back, their opponents following them up. Did we do right or should the unit have been destroyed? 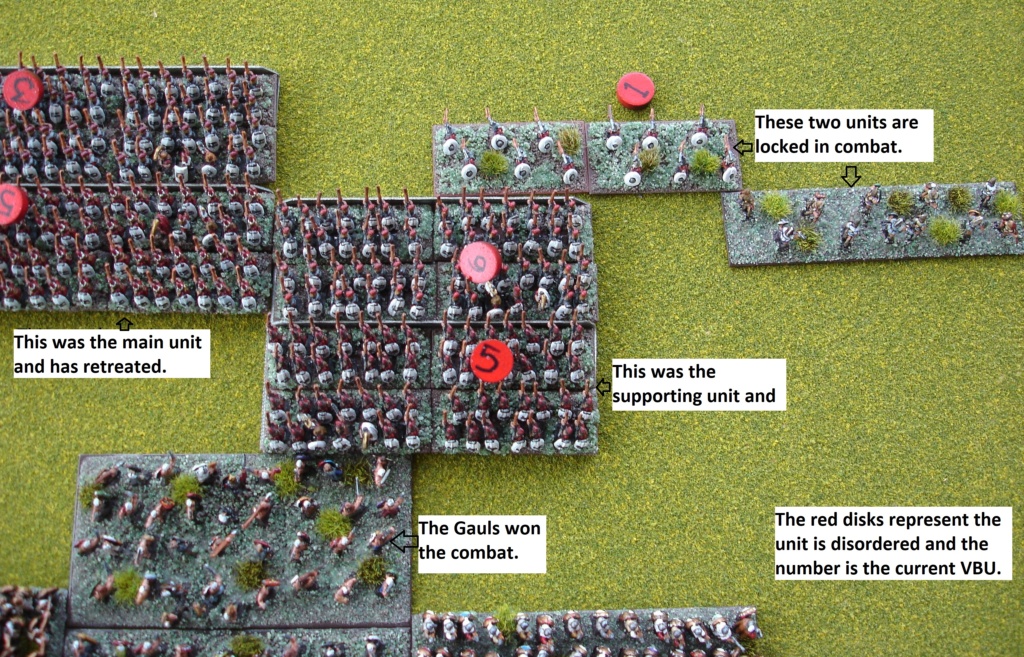 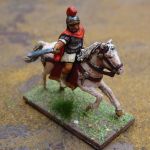 Thanks.  It was a trap for "Young Players".  The AAR can be found here: https://onesidedminiaturewargamingdiscourse.blogspot.com/2020/05/6mm-carthaginians-vs-romans.html