York is the usual first event in the UK Impetus calendar. This year will be slightly different as 2018 be the last year before Impetus 2 is launched.

This year the Vapnartak show will be held at the racecourse as usual. This is a superb venue – if a little crowded.

This year we are trying something a little different. As with Derby last year we will only be playing 2 games in the day. To compensate we will be playing with 450pt armies and with much longer playing time available – so we should not have to rush or end games before we have a result.We will also be trying out the new terrain layout system from Impetus 2 with Lorenzo's permission and request for feedback. Details below.

All this should mean we should also have plenty of time to shop and look at the other demo games.

As we are no longer playing 3 games we cannot get the usual tournament result. This gives us the opportunity to be a bit more creative with our game format. This year I thought we would try to keep the tournament more “historical” by trying to match opponents by period, so hopefully avoiding those unbalanced Late Medieval vs Biblical games. To achieve this we will group players into period cells, each of 4 players who will end up playing each other once – so player a plays b, c plays d and second round the winners of both play off as do the losers. This should give our more competitive players sufficient challenge, while leaving normal folks the chance to have 2 good friendly games.

I would propose the following period groups -

We will need to move some folks around if needed to make our groups, but that should not be beyond our capabilities

This is the system we will be using

EXPLORATION POINTS
Exploration-Points (EP) are used during the preparation of the terrain and deployment  Players can purchase EPs, up to a maximum of 5. Each EP costs 1pt.

SIZE AND SHAPE
Unless you are recreating a specific battlefield, the shapes of terrain items, with the exception of waterways and roads, must be vaguely ovoid or in the case of Villages, Fortified Areas or cultivated fields, rectangular. There is a standard format for terrain pieces.
“Diameters”, or the long sides of these templates, should not be less than 12cm or greater than 48cm if Large or greater than 30cm if Small.
The rivers have no length limitations but should avoid loops that lack credibility. The width of the rivers can vary from 6cm (streams) to 12cm.
Except in the case where you are playing a scenario, only one river is allowed and should be positioned so that it runs more or less parallel to one of the two short sides of the playing area.

Large rivers or seas are better represented by a coastline that borders the battlefield along a short side. These extend towards the land by a minimum of 12cm to a maximum of 24cm. You can adopt a similar option for Walled Cities.
Simple linear obstacles can be up to 12cm and can form no more than one angle or follow a road. The obstacles that encircle a linear (open ground or broken) can be long as the perimeter of the element of land in question.

The roads have no particular limitations in length and must enter and exit the two opposite sides of the table. A second or third road may merge into an existing road. The width of a road cannot be greater than 6cm.
Bridges and fords should be around 6cm wide (with some tolerance according to the model size).

PREPARING THE TERRAIN
Both players roll 2d6. Both sides add +1 for each Mounted Unit, with exception of El and W. Whoever gets less is the Defender.
The Defender rolls 2 dice on one of the following tables and places the terrain feature anywhere on the battlefield.

Exploration Points can be added to scale down or up in the table.
Example: a Player roll a 3 on Table A. He can add 2 EP to reach a 5 and be able place a terrain feature. Once used EP are lost.

If the army has an equal number of Foot and Mounted the Player can choose which Terrain Table they wish to use before rolling the dice.

One terrain feature cannot be laid on top of another with the following exceptions.
Roads can be placed on any Terrain and rivers (where it creates a ford).
One road can cross another forming a crossroads.
Water features can intersect: each other a river can cross a lake/pond/marsh...

3.7 DEPLOYMENT
The deployment zone extends up to 30cm from the long table mid-line. No Unit or Baggage may also be deployed closer than 30cm from the side (shorter) edges of the playing area.
After the preparation of the terrain, it is up to the Defender to deploy his Baggage and Fortifications followed by the Attacker.
To see who deploys his troops first both players roll 2d6. Each player can add as modifiers unused Exploration Points. The winner decides who deploys first.
Armies with Good Command Structure can re-roll one or both dice.
Armies with Average Command Structure can re-roll both dice.
Armies with Poor Command Structure cannot re-roll any dice.
The Player that must deploy starts to field its bigger Commands (the one with highest VDT). If more than one Command has the same VDT the Player that controls them chooses which one to deploy first.
After the deployment of the first Command, it is up the other player to deploy his biggest (VDT) Command, after which they will proceed alternately and both players will be free to choose which Command to deploy first.
Part of a Unit can be placed on the baggage, but the baggage must be freed at the first activation.

Due to the new terrain system Flank Marches are not allowed - as I explained in a earlier edit they were a bit too overused at Derby, however the "new" terrain layout system we are trying out has implications for flank marches in Impetus 2 that would over complicate set up etc so we cant use them anyway.

Put me down for Medieval or Classical.

I can only really do Dark Age. Unless Feudal is included under Medieval?

Yes I suspect Feudal would be Medieval - shall I put you in that group?

I should have a Nikephorian Byzantine army ready, so Dark Age first choice, Medieval second as I can put together some sort of Arab concoction
Cheers
Gareth

I can do roman ( carthaginian) or possibly classical.
C
arthaginians would be preferred option.
Cheers
Pete 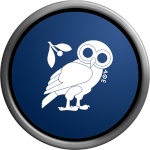 I can do Late Medieval Irish/ Medieval Anglo Irish or War of the Roses . 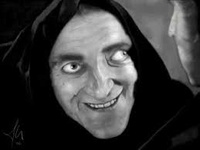 Also could field an old 25mm late Alexander army but will need rebasing from WRG.

I'm up for the show, and as you probably know, I can do many periods, however I have just finished my Wargames Factory very late Japanese....

... all those pieces are real hard work!

However, I can work on several other periods. I was surprised to see that the flank marching rules worked so successfully, the change to the rules make it a very risky option more likely to be doomed to failure than to be battle winning.

So I can do armies from classical up to Medieval.... happily. Just let me know what is needed. 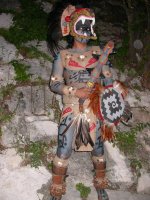 Hi , just checking arrangements what time are we planning to get to York racecourse to set up and when will the first game start .
Cheers
Andrew

Am I missing something?

Nothing seems to have moved on here for a time?

Is the competition still on?

Do we have an answer about the period we are covering?

I need to organise an army still and obviously book a hotel....

Sorry I cannot make this event this year, look forward to next...

There seems to be some issues at York themselves as they're communicating "sporadically" however the venue is open from 9am. I'll get our start times posted up today

Thanks for the update , will check with the friends I game with and see if I can muster anyone but they only have War of the Roses impetus army's.

Please could you add me to the list? I will be bringing my Ancient Brits.

I'm sorry, I'm going to have to let you all Know that I'm not going to making it this year.

Good luck guys... and have fun.

If you are coming get there by 9:15 please so we can do the last minute admin and so forth. Take up has been sub optimal but we will make do with what we have. I'm going to break us into groups - looks like Group one is Everything up to the Fall of Rome, with Group 2 post that. If we have an odd number I will act as sub.

So things to do

1. Post your lists here for peer review
2. Tell me your real name so I can advise the Vappa Committee
3. Turn up at Vappa and enjoy

Same army that I used at Derby/Leicester/wherever it was..

COMMAND 2 : Exactly the same as Command 1

Command 3 as Command 2 but with Poor General