Good to be back at shows. Thank you to those who came for a chat. Excellent game with similar outcome to history. Brief resume as follows:-
ARMIES
ROMAN 604 Points
Centre:- CNC Sempronius (reliable), 3LU (Has./Prin.) A class, 2 Triarii A, 1 Velite
Left Flank - S/G Paulus (Poor) 2LU (Has./Prin.) B Class, 1Triarii A, 1 Velite, 2 Roman cavalry CM
Right Flank - S/G Scipio the Elder (poor), 2LU (Has./Prin.) B Class, 1Triarii A, 1 Velite, 1 LU FP Gallic warriors, 1 Roman Cavalry CM.
Fortified Baggage off table.
CARTHIGINIANS 622 Points
Centre - S/G Hasdrubal, 3LU Libyan Spearman, 2 S javelins, 1 S slinger
Left Flank - C-N-C Hannibal (Genius), 2 LU FL Gallic warriors, 1 Elephant, 1 S javelin, 3 CM Gallic & Spanish, 1 CL Tarantine
Right Flank S/G Marahabal (Reliable), 4 FL Scutarii PBW (fighting in 2 ranks), 1 S javelin, 2 CM Cartiginians, 1 CL Tarantine
Flank Attack - S/G Mago (Expert CC) 2CL Numidian ( note no S used for this command)
ROMAN battle plan
The A class centre command to attack asap supported by the LU's of HAS./Prin. of flank commands to break Carth. centre and infict sufficient damage to Carth. flank commands to cause the Carth. army to rout. The Roman flank cavalry to hold back and with the support of the Triarii of the flank commands to move to support cavalry and be as annoying as possible to the expected heavy attacks by Carth. cavalry.
CARTHIGINIAN battle Plan
Centre to hold in place and wait for support from expected success from cavalry flank attacks supported along with Mago's flank attack on roman left flank and then defeat the romans. After turn 1 on a roll of 8+ Mago would appear. He failed that roll but on turn 2 he was to appear on a roll of 7. he did so.
THE BATTLE in brief:-
the roman centre attacked but on turn 2 did a double move with an attached general so to avoid disorder needed any thing but a 1 and that's what I rolled. The Libyian spearman decided to do a double move and charge they passed there DT and the romans failed to counter charge. The Carth. gained the upper hand. The rear units on both sides lost there rear units by the end of turn 4 but the roman front units had sustained significantly more damage than the Libyians. There was now a gap between the 2 lines and the 2 triarii units at the rear charged interpenetrating the remaining front units and finally destroyed the Carth. centre at the cost of 1 Triarii routing.

Although on turn 5 the Carth. centre broke at the start of that turn all roman commands had lost a third. On turn 5 the roman left flank broke and with the other losses the army routed. The roman left flank started well beating off the initial attack by Mago attached to a CL unit who managed to attack a roman CM in the flank, Mago nearly died he rolled a 6 for his DT but survived the 2nd roll. That was the high water mark for the roman left flank on its next initiative it rolled a double 1 so dropped to incompetent and had to miss a turn, that was the critical point the romans who lost the chance to manoeuvre into a better position so the CM again caught in flank. The CM were eventually destroyed but the end for this flank came when its 2 LU of Hast./Prin. charged into the double ranked Scutarii FL with PBW who counter charged and virtually destroyed the romans. As both were charging the scutarii had slightly more dice for PBW and made it pay and repulsed the romans with heavy losses. The scutarii didn't pursue but when activated charged their 2nd rank into the romans their PBW caused damage and in the following melee and pursuits did sufficient damage to rout the roman left flank and as the other 2 roman commands had taken heavy losses the army broke.
It was very close as the Carth. centre had broken and its left flank Hannibal's command was only 1VD from breaking at the end of turn 5 so very nearly a draw.

NEXT SHOW Salute 2021 Saturday 13th Nov ExCel centre London. Look forward to meeting any of you. Join in if you wish.

Trebbia, initial positions with Romans on the left 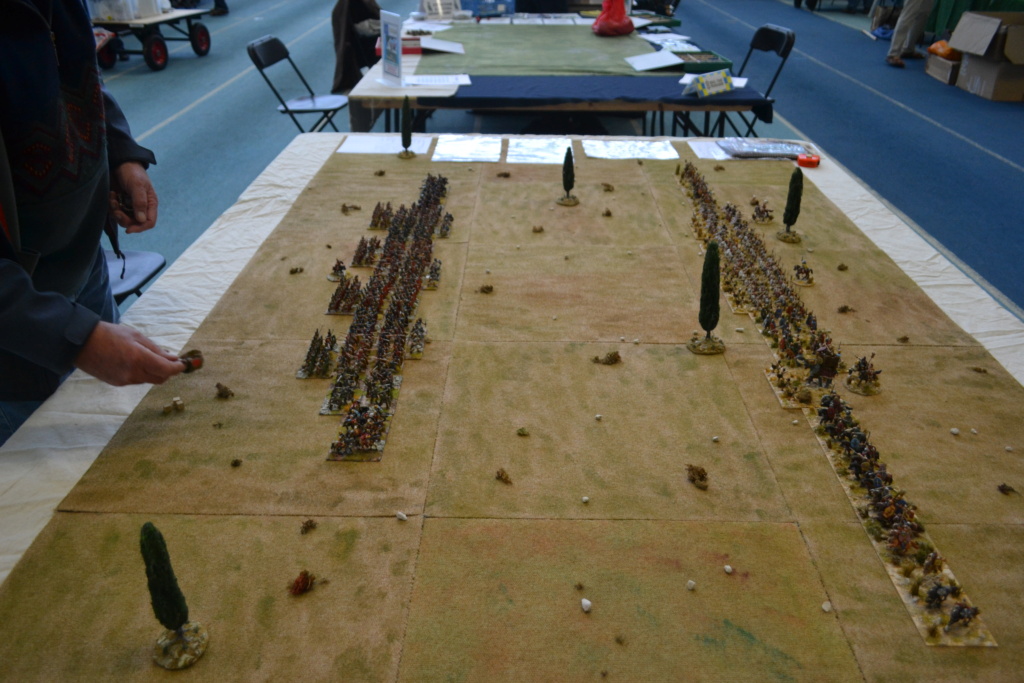 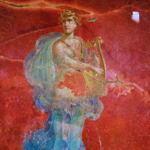 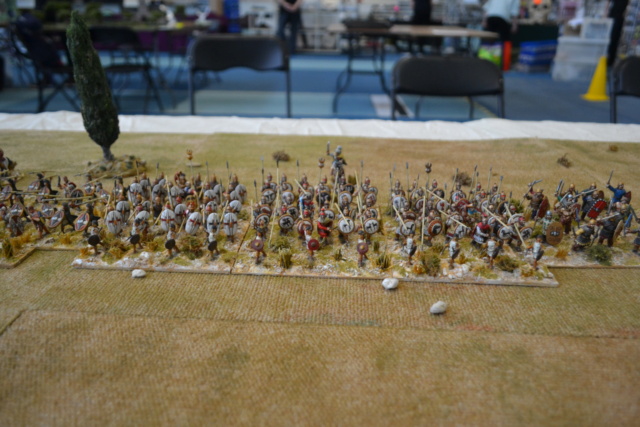 1st picture shows deployment Romans on the left. You can see Carth,
2d picture Libyian Spearmen in the centre. 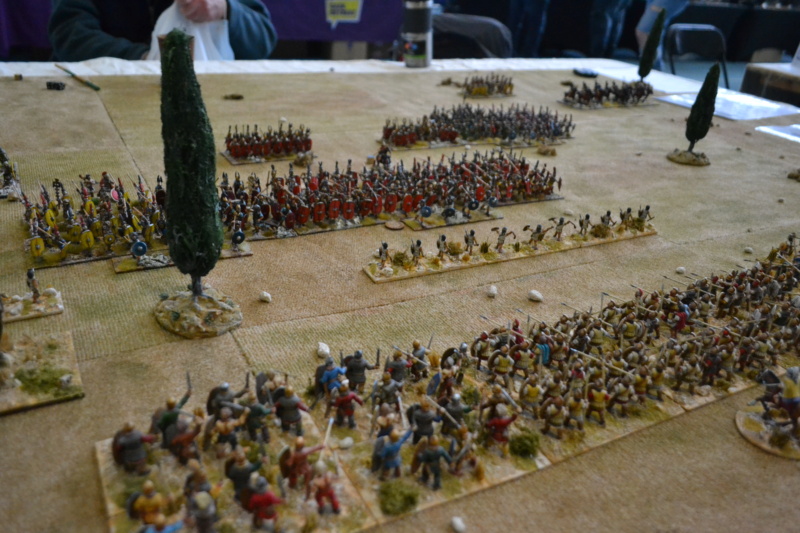 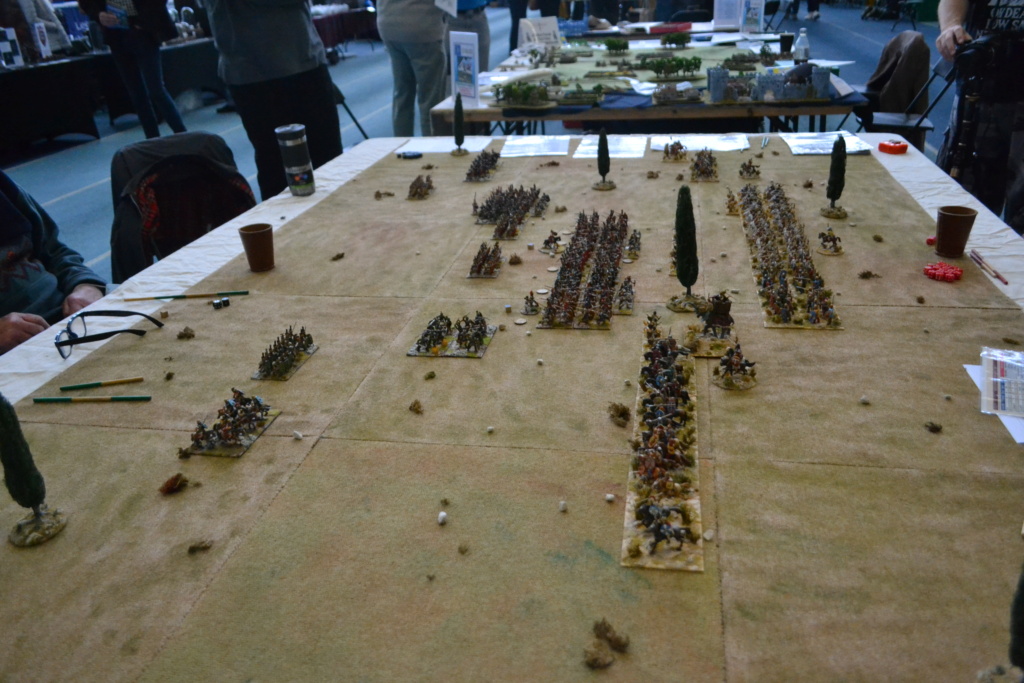 Another view of Roman Attack. Can see refused flank in the distance that was subsequently attacked. 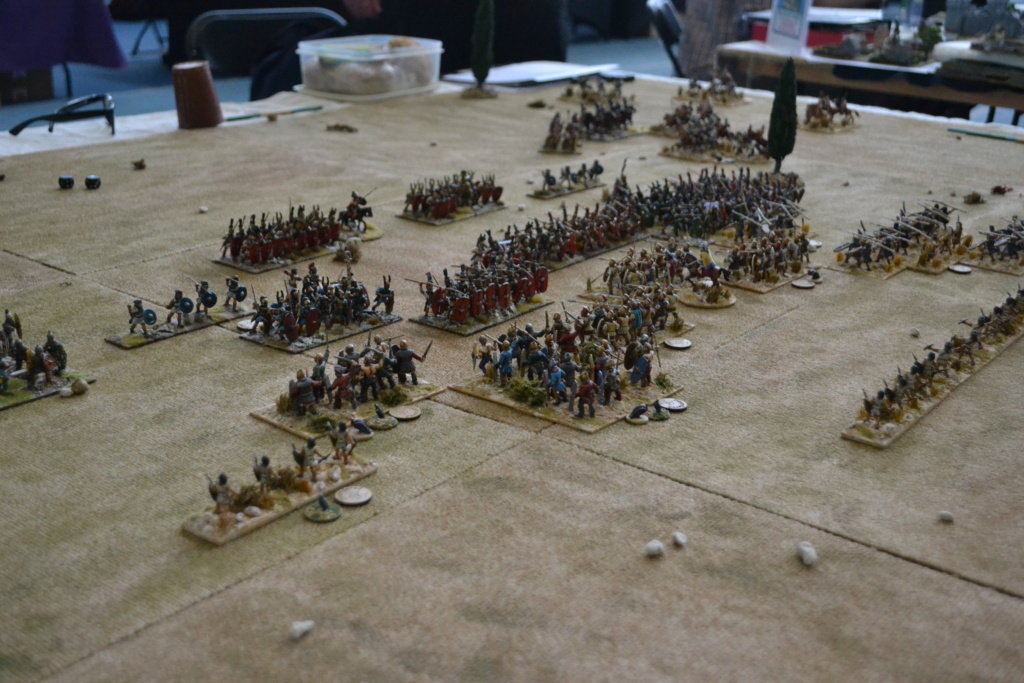 View from behind Carth. centre most rear units of both sides destroyed just prior to the attack of the Triarii. This is where the FP interpenetrating rule helped the romans. As a side issue wonder how the game would have gone if romans used single units in 2 lines rather than LU. 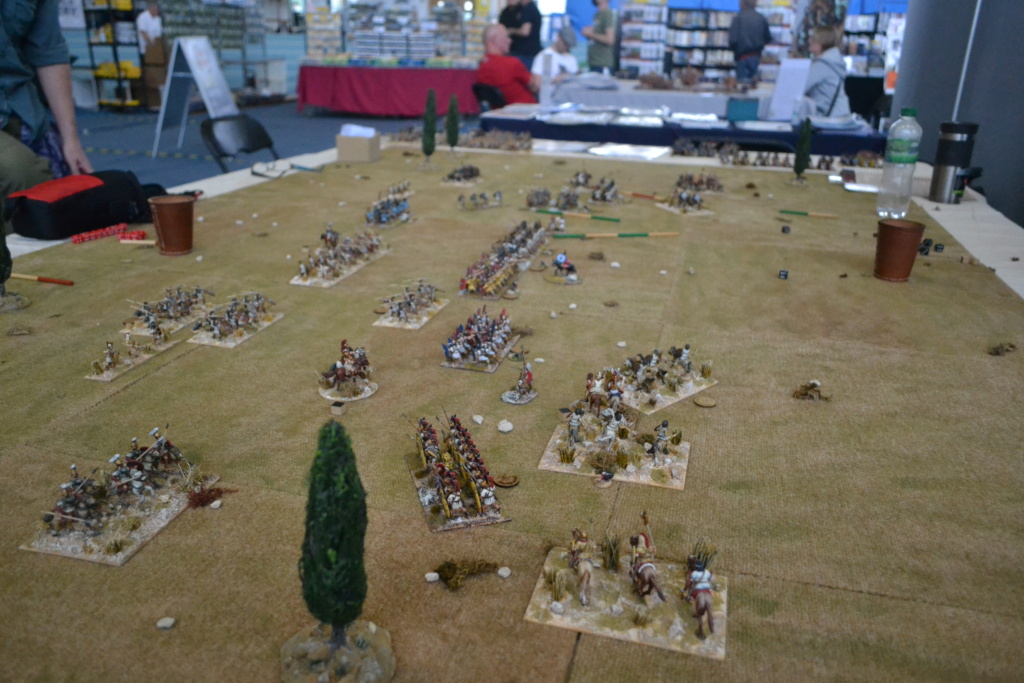 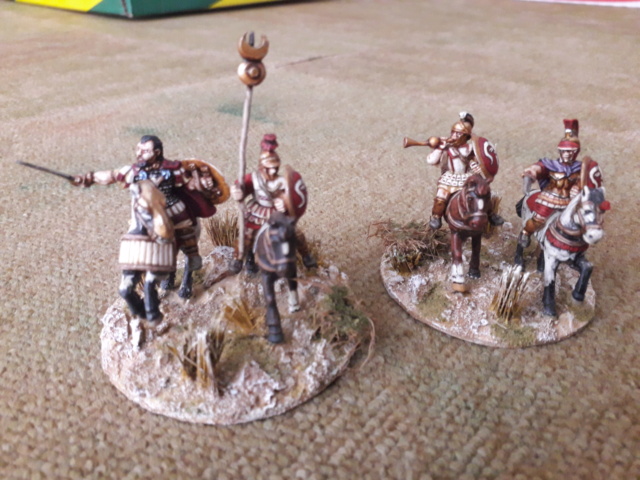 2 of the victorious carthiginian generals

Great looking game. I really enjoy seeing other people's collections on the table top. Thanks for showing.

Thanks Gaius. Hopefully you will be back at shows in canada when you feel safe to do so and we can see your armies in action again.

Have you got any close ups of the units please?

ejc wrote:Hello Atheling will take a few photos of some units will put on sight in a few days time

Fab, I'd love to see them 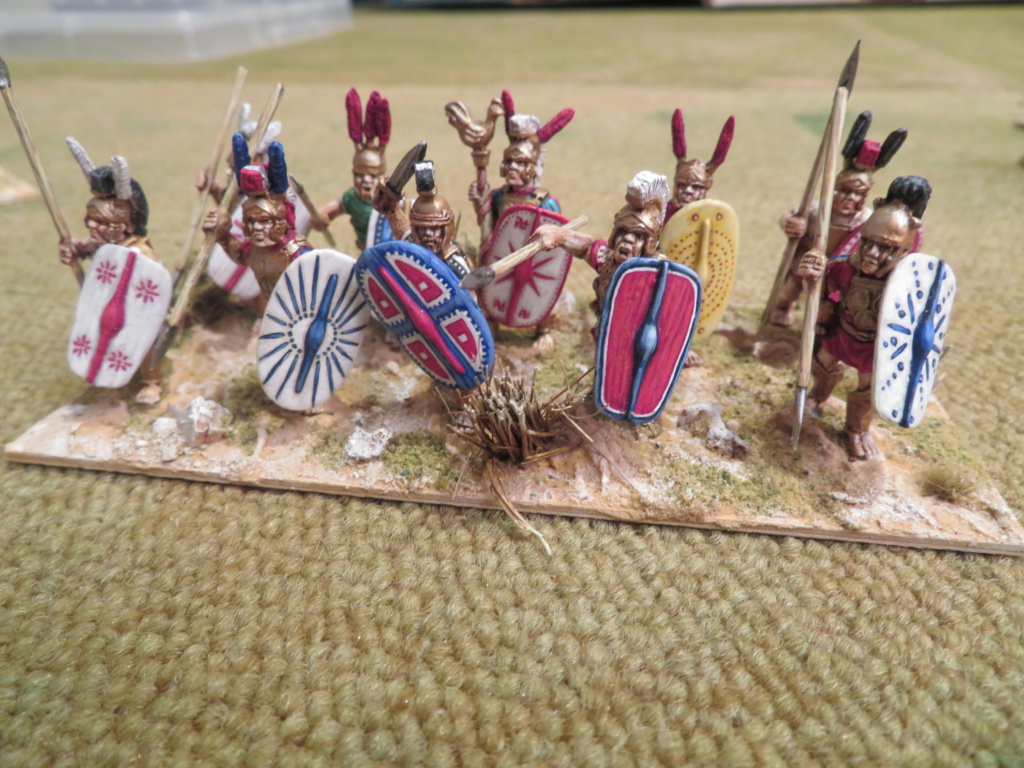 Atheling photos a bit dark will try and get better pics and piy on.

ejc wrote:Atheling photos a bit dark will try and get better pics and piy on.

The image above looks fine. Maybe a little more contrast?

The following photos are from the Trebia game Mark provided the Carthiginians he hand painted all the shields on the Spanish Italians Gauls. The one of the carthiginian spearmen were transfers he tarted up but painted the officers this is small sample. I painted the romans will put a few on a bit later 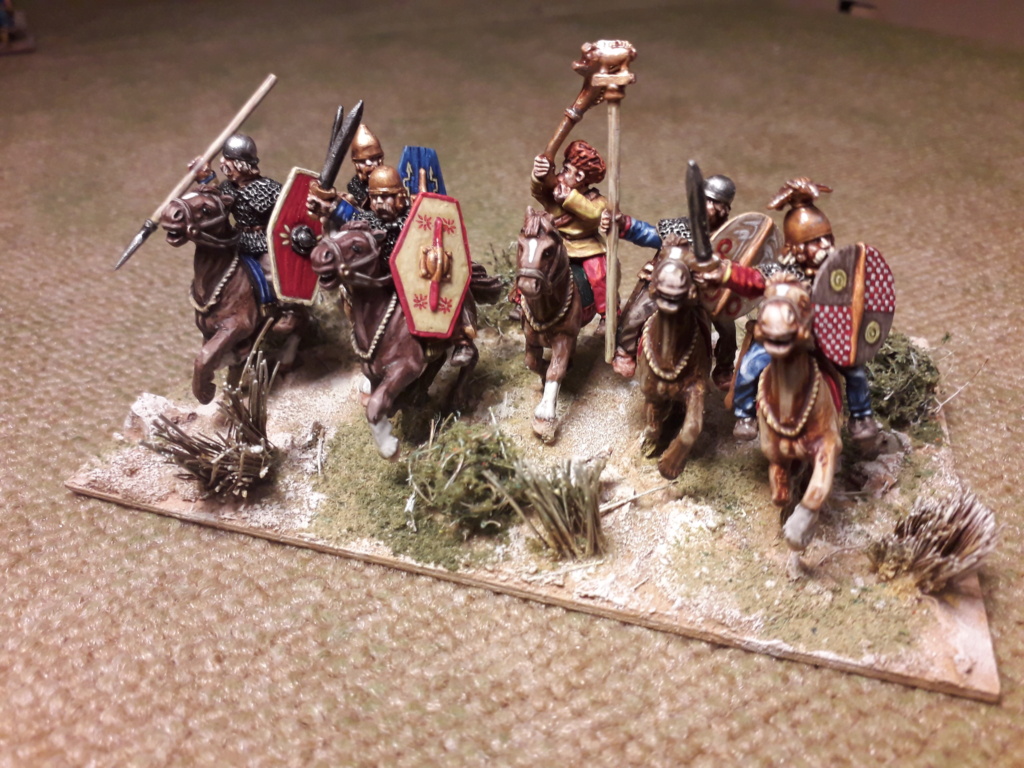 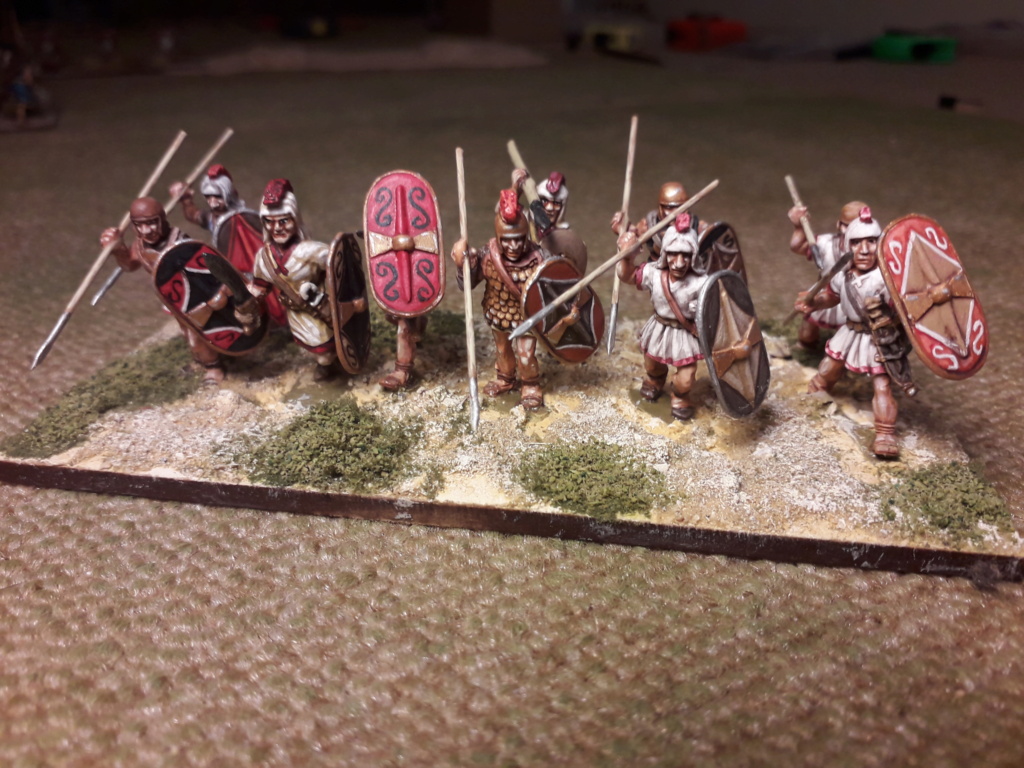 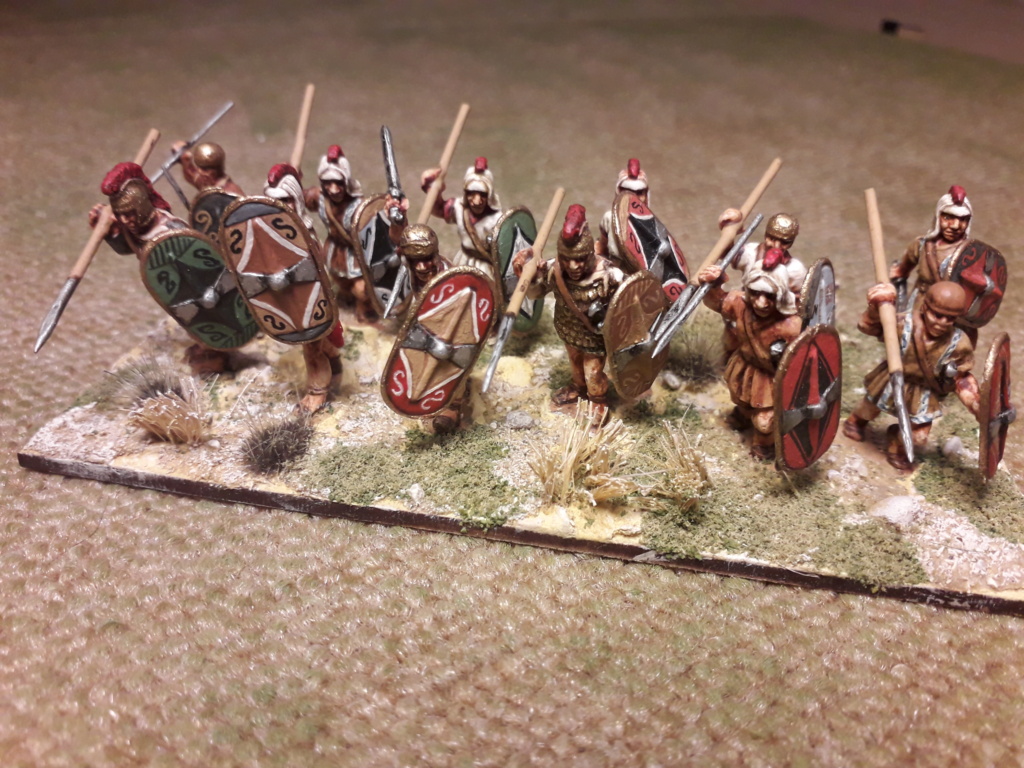 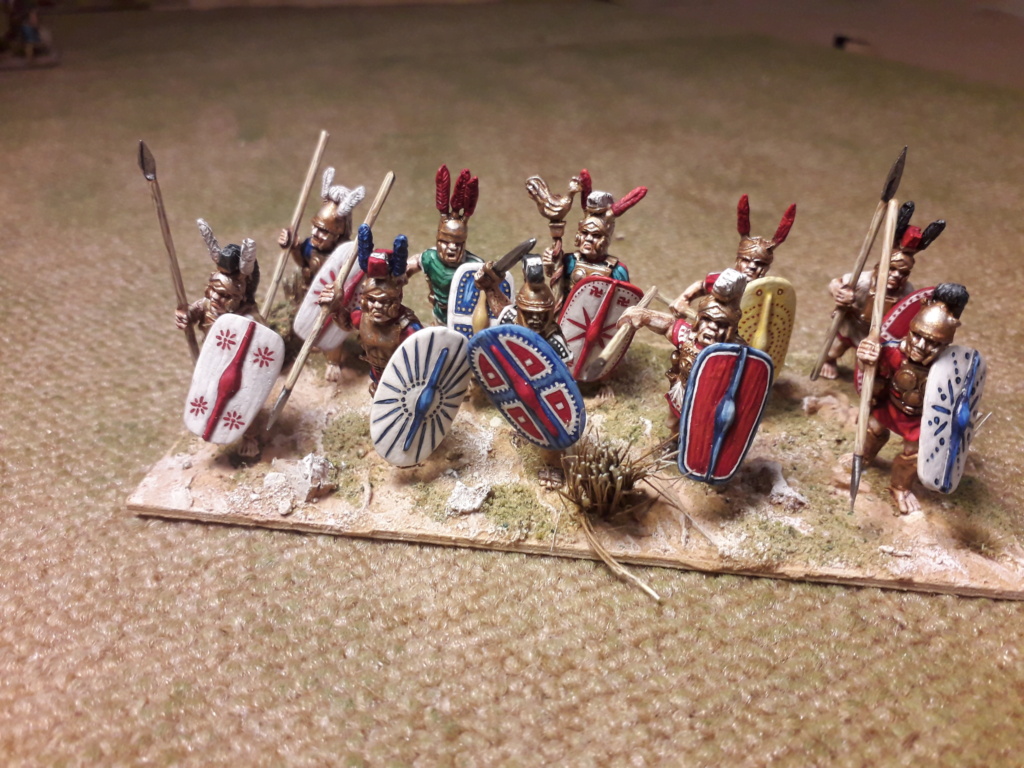 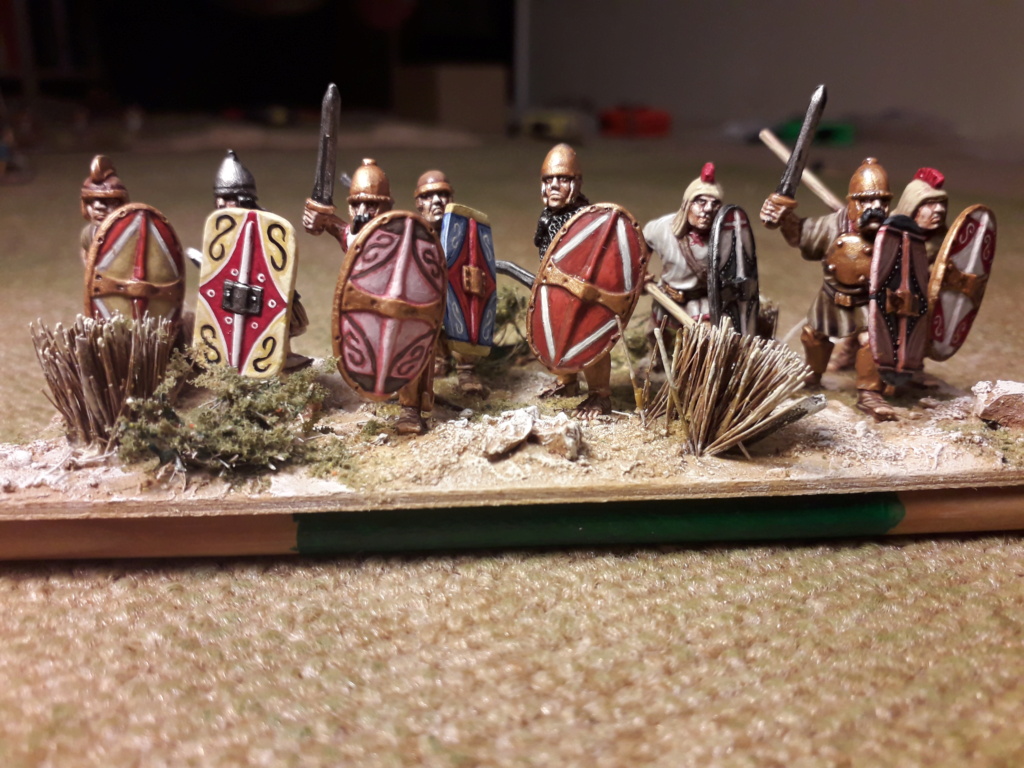 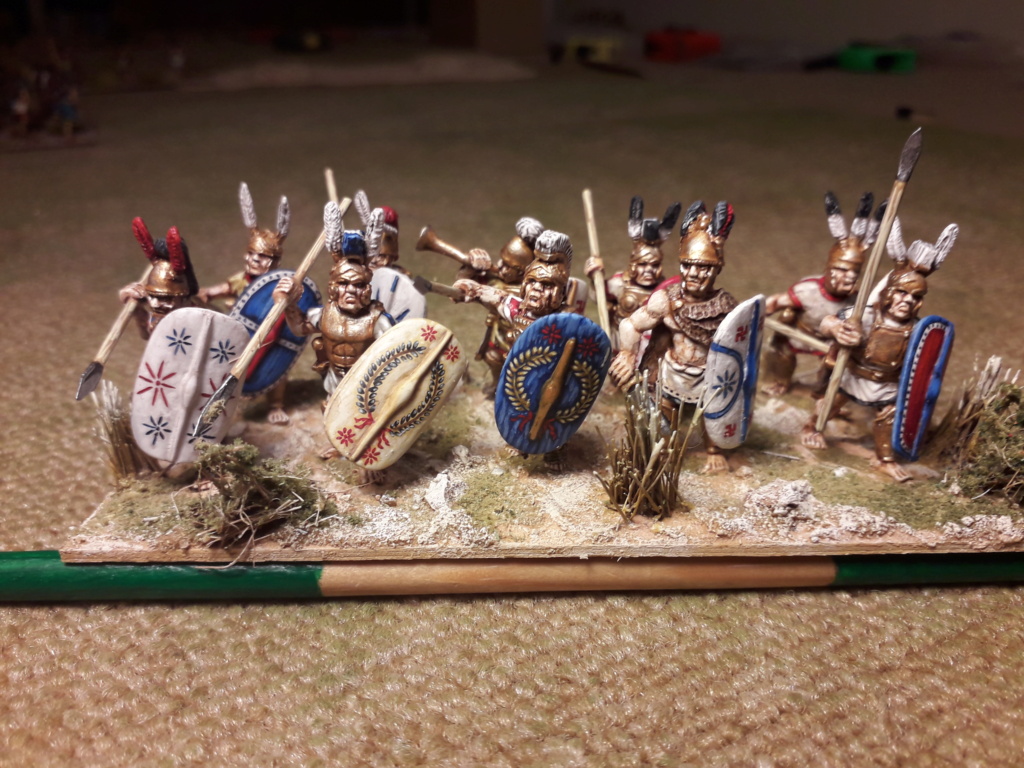 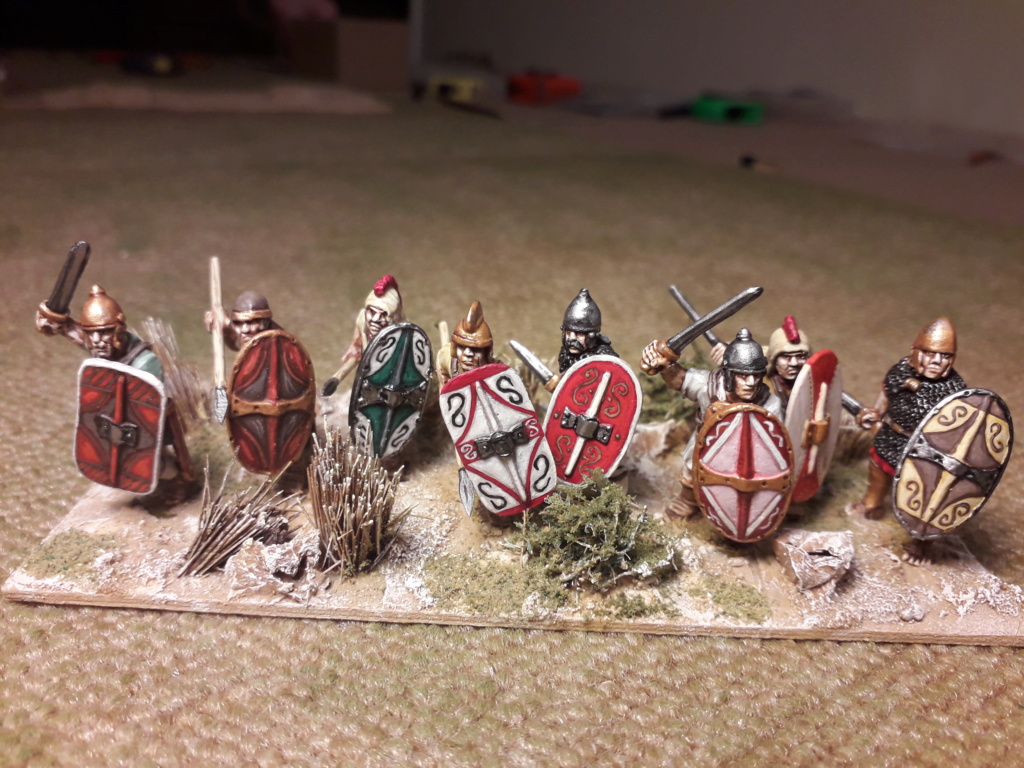 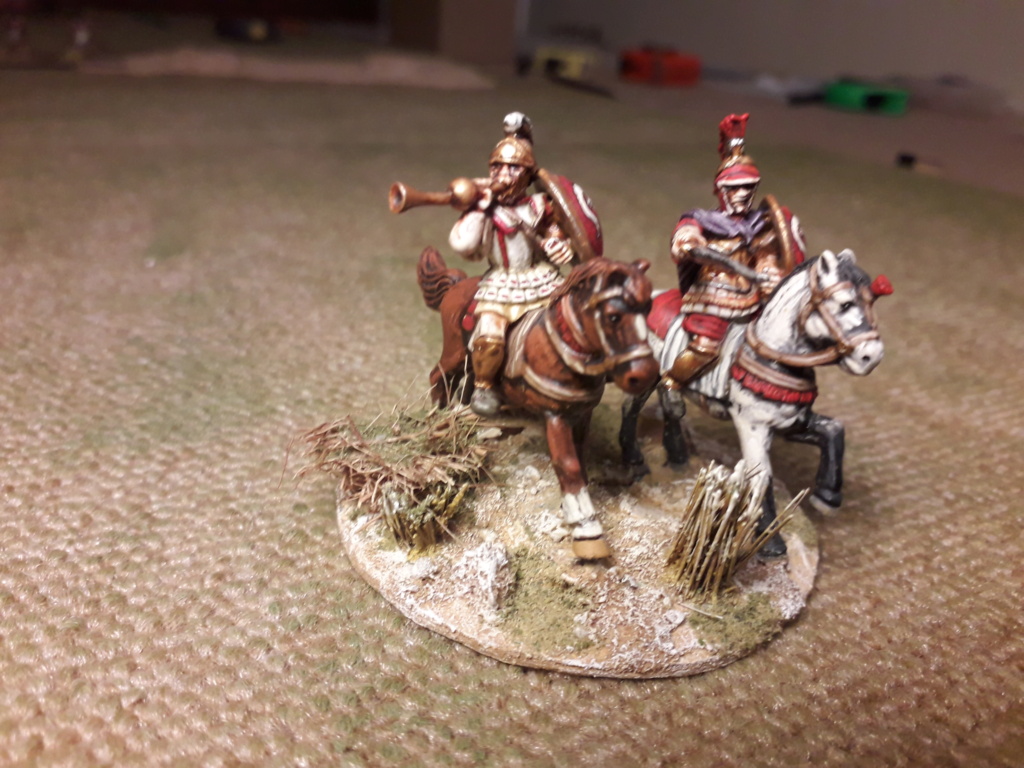 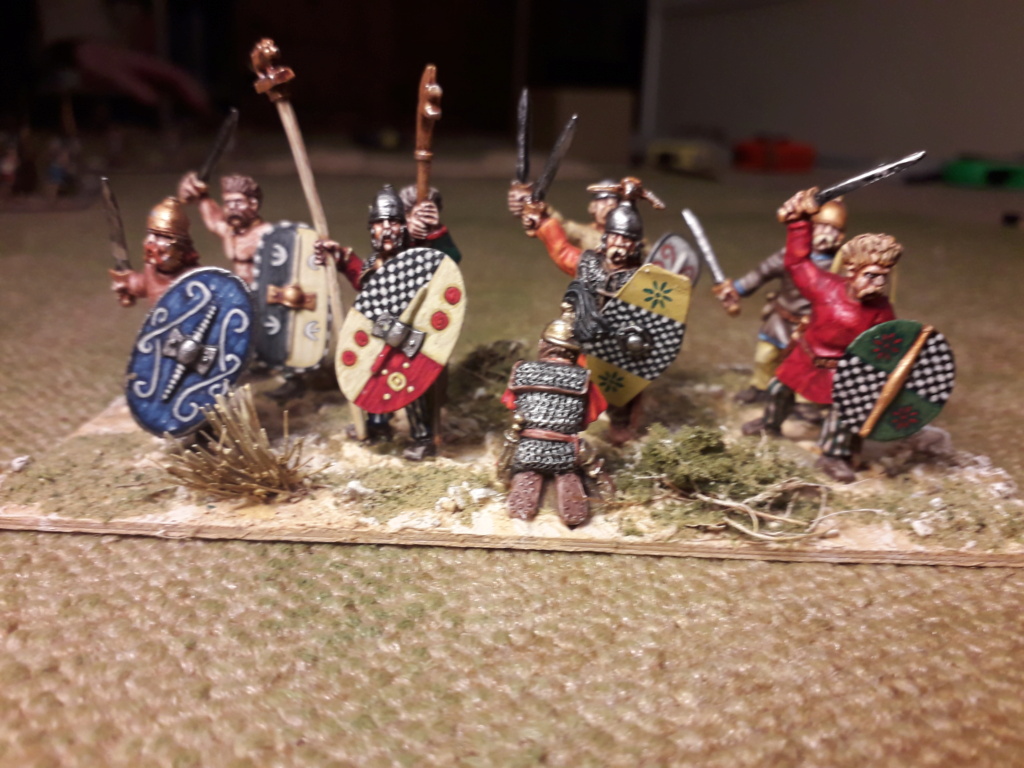 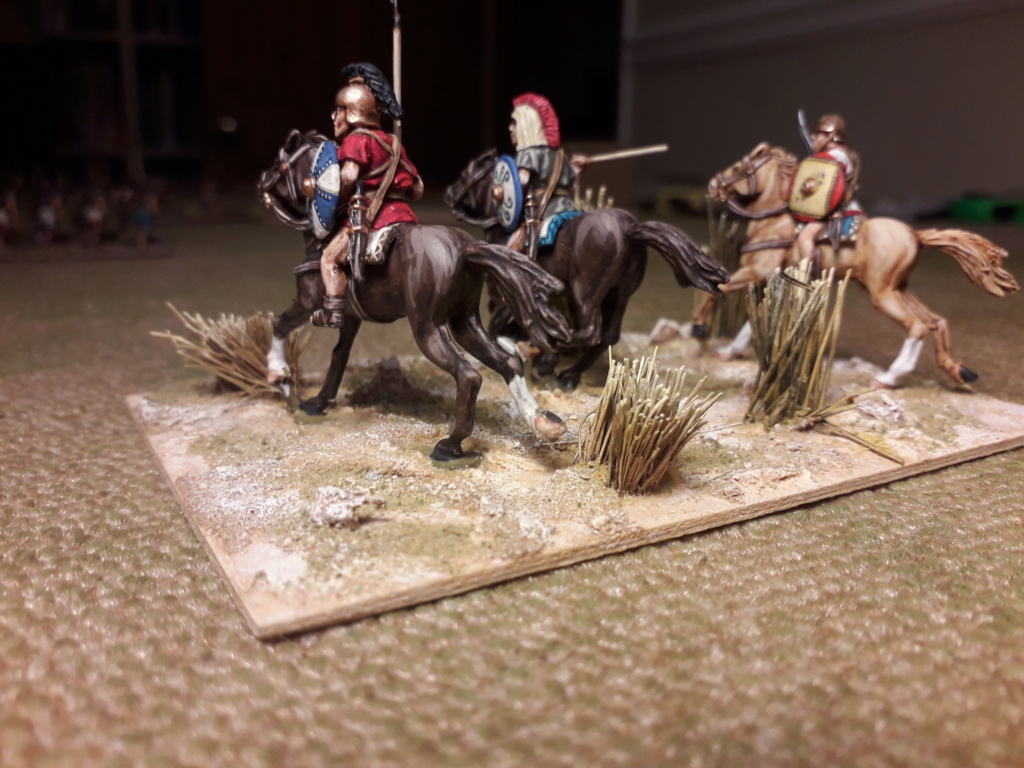 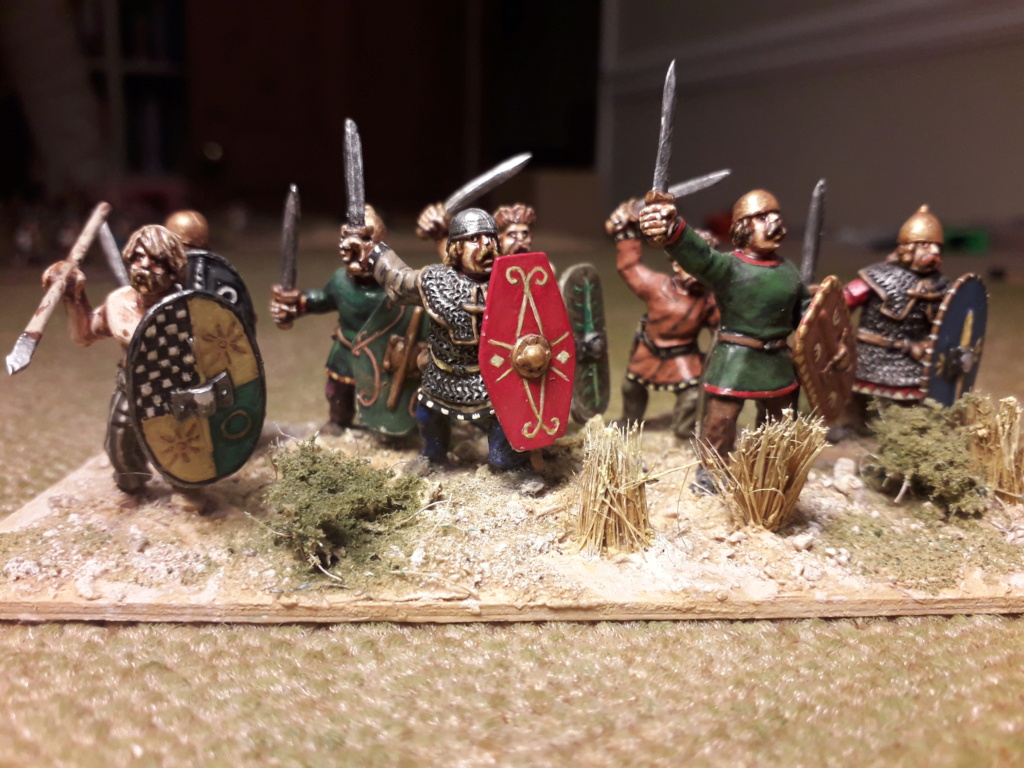 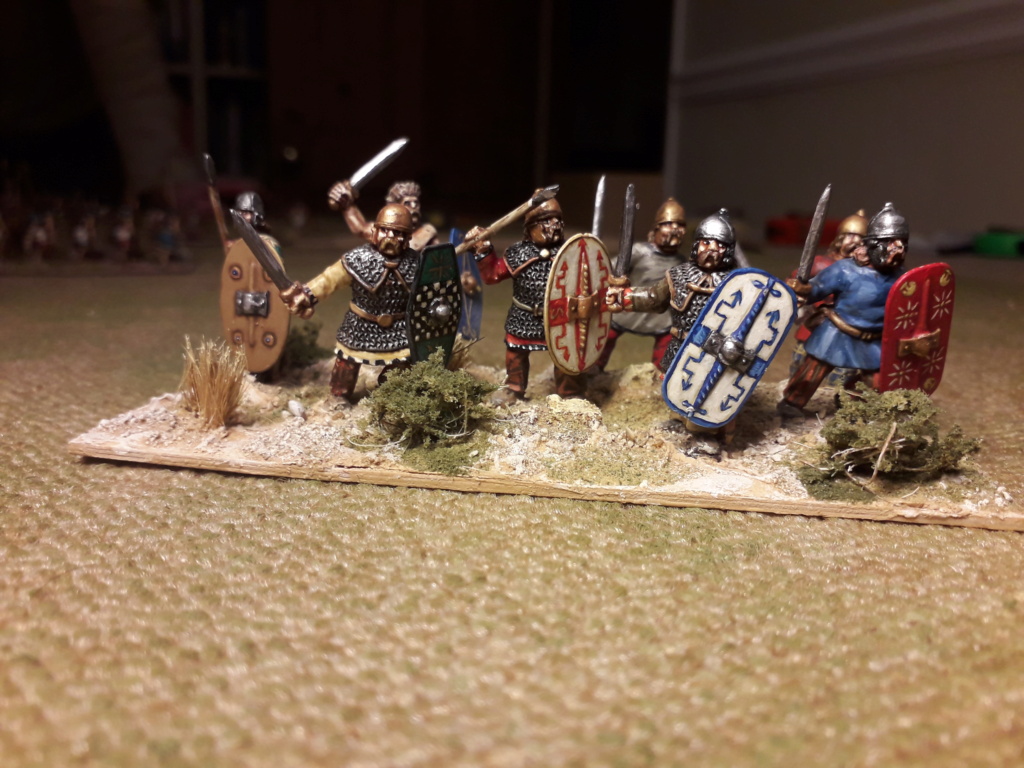