A unit of FP hopiltes does multiple moves with attached general on last move charges a group of T who what to react with defensive fire. If the T pass reaction test do they fire before the hopilites do their last discipline test. Very important if hopilites test firsy then chance of disorder before being shot at. Think of seen answer to this but cant find it. Eric

It seems clear to me that the order is,

The second or following moves in one activation require an immediate DT (5.1)

Thanks Gaius I'm sure you're right 5.1 says 'If a march is performed a discipline test is required at the end of the second and subsequent moves'. What prompted me to query it 6.7 Defensive Fire says 'Troops with shooting capabilities can perform as a reaction, Defensive Fire before being charged. Charge is a movement so took it that the word 'before' meant that the fire took place before the charge is completed so discipline test for chargers after shooting even though figures actually moved into contact? Unless I'm missing something these 2 rule sections are a bit unclear on this? Our group really like these rules they give us a buzz but at times can be a bit ambiguous that's where the forum comes in. Eric

Technically the test is made before the charge because many units capable of Defensive Fire can also Evade. Notice the calculation in 6.7 is done after all movement. So while one has to declare one's intention before the charge begins the actual defensive fire doesn't take place until the melee. Another interesting question though is what if a charging unit declares a charge, the defender declares defensive fire but the charger fails to contact (say they fail their bonus charge move). Does the defending unit still get their defensive fire? Probably not because Defensive Fire mentions contact but perhaps they should be able to fire.

Thats how we play it but on reading 6.7 again made me doubt it for reasons stated in earlier posting. Also it refers to shooting at short range before PBW weapons so inferring before contact and as 5.1 says disciplne test is at the end of movement you could be forgiven that the T fire before chargers discipline test.
That said more sense testing first. Will give potential chargers something to think about when using multiple moves the risk of disorder before shot at.

Short Range in 6.7 doesn't imply before contact in my reading of it. It simply states which column of fire one uses to determine the number of dice and relevant CT modifiers. Short range is 0-4H. 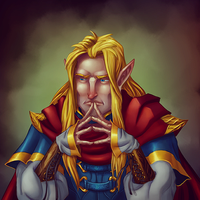 defensive fire is calculated at short range. But as Gaius said just to determine the number of dice on the table.